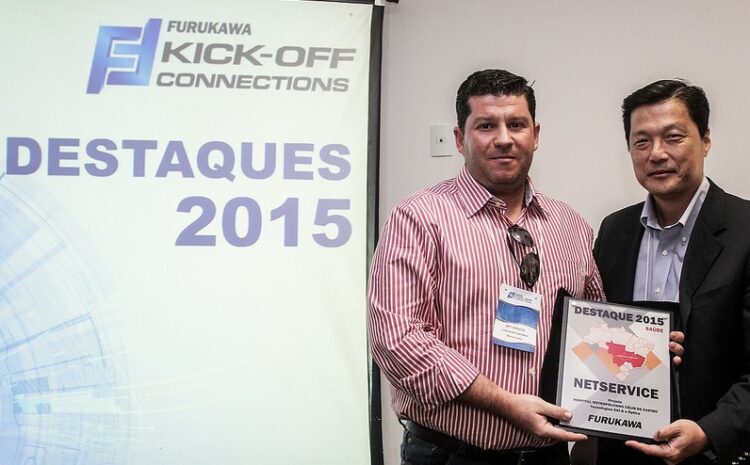 NetService was one of the companies awarded at the FURUKAWA KICK-OFF CONNECTIONS, a meeting promoted by the manufacturer named Furukawa on April 26th in Brasília, gathering its authorized distributors and Solutions Providers. The award won for best project in the area of health and technology optical cat. 2015, in recognition of the work done at the Celio de Castro Metropolitan Hospital.

The MG operation Manager, Leonardo Santana, who represented NetService at the meeting and received the award, considers the tribute as a confirmation of a skilled job that always excels in magnitude: “I felt very honored to receive from the hands of the Commercial Director and President of Furukawa, the prize for the best 2015 project in the healthcare area. This motivates us to keep fighting and pursuing excellence in the Engineering sector of NetService”.

The event, which brings together business partners of Furukawa in Brazil, aims to promote closer ties between the parties, in order to identify specific opportunities and needs of each region of the country.