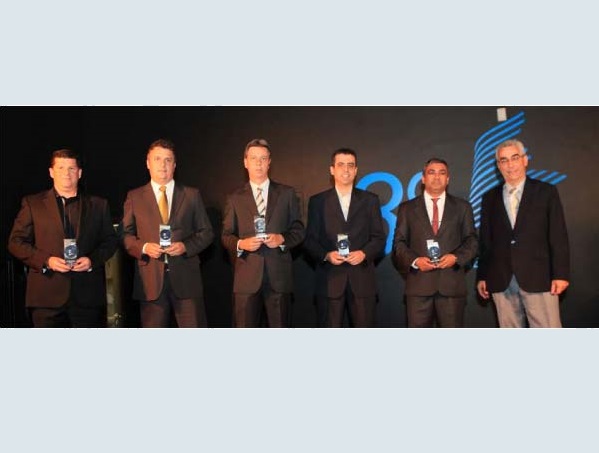 NetService was honored at the 8th edition of the Top Engenharias award, held on October 1st in the Minas Tênis Club in Belo Horizonte. The action is a recognition for its contribution to the development of engineering in Brazil, especially in Minas Gerais. The manager of MG operation, Leonardo Santana, received the trophy in the Control Engineering/Automation/Computing category (Software/Networking/Telecom). The following employees represented the company at the ceremony: Celio Fiuza, Davidson Oliveira, Fernando Silva, José Carlos Rodrigues, Leonardo Santana and Pablo Barbosa.

The event is annually fostered by the Engineers Association, former students of the School of Engineering at the Federal University of Minas Gerais, and the Engineering Memory Center, aiming to recognize the best vendors at the sector and individuals who have contributed in a relevant manner to the economic, social and cultural development of engineering.