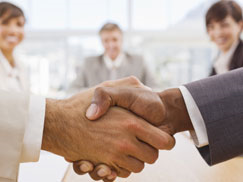 At the end of 2009, Minas Gerais saw the end of the construction of its new Government seat: the Administrative City. With the project, all the Secretaries, previously spread about the state capital, where gathered in a single site, taking more than 16 thousand employees to the new administrative complex. As a result, the government of Minas Gerais felt the need to implement a robust, multiservice solution, capable of facilitating state management through the unification of the different Secretaries’ communications networks. It opened a tender for that, won by NetService in consortium with Cimcorp.

In November 2009, the two companies kicked off operations at the Administrative City, putting into practice the cabling services and providing a multiservice network capable of integrating data, voice and video between the Secretaries and between them and the State of Minas Gerais Information Technology Company (Prodemge). “The Secretaries used to be spread about the city and each one had a communication link with Prodemge. There were no integration solutions implemented and we constructed a new project from zero,” recalls the NetService Information Technology coordinator, Leandro Lopes.

In the first step of project execution, network design and how the technologies provided by Cisco equipment, acquired by the client, would be implemented, were defined. Then, the solutions were gradually implemented as the Administrative City users occupied their places at the new seat. There are currently about 12 thousand machines installed at the client, ensuring high availability, integration and ease in management. From the monitoring center, installed at NetService’s head offices, professionals accompany current memory use of the equipment, which permits making projections of availability for up to 12 months.